The Pittsburgh office market has experienced significant new development over the last five years, particularly in the urban and downtown fringe submarkets

The Pittsburgh office market has experienced significant new development over the last five years, particularly in the urban and downtown fringe submarkets. This is expected to continue in the coming years with several new developments that are currently in planning or under construction. Historically, urban office supply in Pittsburgh has been constrained due to the economic hurdles of new development. With limited sites for new development, land costs at a premium and significant site work required, Pittsburgh’s nominal rent growth did not allow for economically viable projects; however, rent growth in recent years has led to a new wave of development, which has accommodated companies moving to Pittsburgh along with existing businesses growing and/or relocating within the market.

Most of the new office development has taken place in the urban submarkets surrounding Downtown Pittsburgh, including the Strip District, Oakland, East Liberty and the North Shore. These submarkets have attracted more development than the CBD due to greater availability of development sites, as well as lower construction costs. Total development costs for fringe CBD Class A office buildings are generally $250 to $300 per square foot. For this project cost, gross rents in the range of $30 to $35 per square foot are required for a project to achieve economic success. Until recently, rents for fringe submarkets topped out at $28 to $30 per square foot; however, in the last five years, rents broke through the $30 per-square-foot ceiling, spurring this wave of new development.

One of the first projects to be completed in this wave was Bakery Square, an adaptive reuse of a former factory building in East Liberty (approximately four miles east of downtown) developed by Walnut Capital between 2010 and 2015. The first two phases of this development house Google’s regional headquarters, which occupies more than 290,000 square feet. The third phase is under construction and will house the 200,000-square-foot headquarters of Philips Respironics. More recently, the Strip District neighborhood has become an area of intense focus for developers, resulting in projects such as District 15, a 105,000-square-foot building developed by RDC, Inc.; and Orangestar Properties, 100% leased to Facebook; and 3 Crossings, a 375,000-square-foot development by Oxford Development Company leased to Apple, Argo AI, Burns White, among others. Several other developments in the North Shore and Oakland neighborhoods, including SAP Center, which is a build-to-suit for SAP, and Murland Office Building, which is a build-to-suit for The University of Pittsburgh, are nearing completion.

While current rents have produced profitable development projects in fringe CBD neighborhoods, new high-rise construction in Downtown Pittsburgh remains cost prohibitive. One major office tower has been recently completed, The Tower at PNC. PNC Bank self-developed the high-rise to serve as their world headquarters, which opened in October 2015 at an estimated cost of $400 million, or $500 per square foot. To lend perspective, if a third-party developer built this project, it would need to fetch rents of approximately $50 per square foot in order to be economically viable. With top Class A rents of approximately $35 per square foot in Downtown Pittsburgh, new high-rise office development is all but impossible without development subsidies or an anchor tenant willing to pay significantly above market rent.

To date, all projects completed in the fringe CBD neighborhoods have successfully leased up. It should be noted that many of these tenants are either relocating from suburban locations in the Pittsburgh region (e.g. Philips Respironics, Bombardier) or from Downtown Pittsburgh (e.g. SAP, Burns White). Nonetheless, there have also been new leases resulting from organic growth (e.g. University of Pittsburgh) and from new entrants to the Pittsburgh market (e.g. Facebook, Apple, Google). With continued development in the pipeline, the office market cannot rely solely on the existing demand. Instead, the future strength of the Pittsburgh office market will depend on the city’s ability to attract new companies to the region and its ability to help the existing businesses and organizations grow. 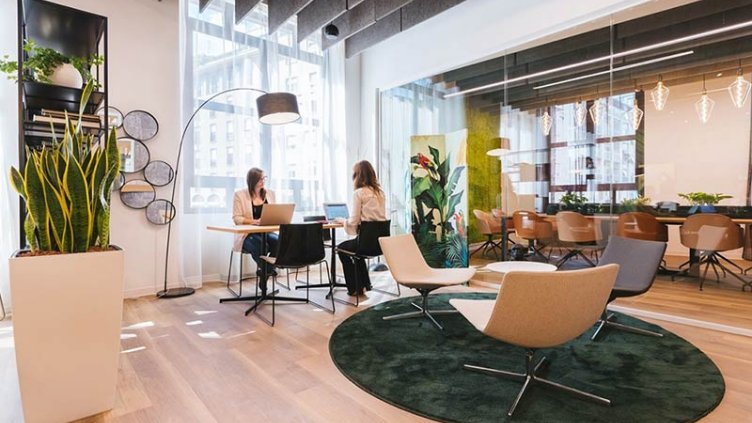