Commercial Real Estate in the Permian

I’m a real estate guy, not an oil and gas guy. I’ve been in the industry for about 15 years and worked in several markets before being approached about listing a portfolio of industrial property in Pecos, Texas.  I know Midland and Odessa—but where was Pecos? Turns out Pecos is located in the #1 county in the United States for active oil drilling rigs and has been for some time. That caught my attention. After we took the listing, I became more and more aware of how the commercial real estate industry is changing in the Permian Basin. Thankfully, this wasn’t my first trip to the Permian, but it has been the most interesting and I wanted to share some of the insights I’ve uncovered.

The importance of the Permian Basin.

In a recent publication from Hart Energy, Ted Patton, Managing Director of Hastings Equity Partners, stated, “The Permian Basin is the US oil business.” Approximately half of US reserves are located in the Permian according to EIA. Per the Dallas Fed, this basin has the lowest break-even price of any basin in the US for new wells. Every major US oil company has heavily invested in the area indicating their plans are to stay long-term. If you come to Pecos, you won’t be impressed by any skyscrapers. But I’ve heard it said that if you could take the Permian and turn it upside-down, it’d look like New York City. With hundreds of wells extending thousands of feet down—they’re probably right. The Permian Basin is the US oil business.

The oil and gas industry has reached maturity in the Permian.

The Permian has been active for over one-hundred years with its booms and busts, but a new chapter began about 2008 when hydraulic fracturing revolutionized the industry. Now, over the last dozen years, the oil and gas industry has reached maturity in the Permian. This is important to understand because the oil and gas industry is the main economic driver in the region.

We can see this through consolidation of oil and gas companies in the marketplace. If you are new, trying to keep up with the mergers and acquisitions is a job in itself. This consolidation reflects the region’s maturity as more experienced and deeply capitalized firms grow and influence the market.

New technology in the oilfield has been implemented. It’s evident in rig productivity as shown below. Companies have histories of wells drilled. Engineers have more experience as do service providers. Of course, technology in the upstream and downstream market will continue to evolve, but more slowly and with less impact than it has in the past.

Federal Reserve Bank of Kansas City, Drilling Productivity in the United States, May 22, 2019


For the most part, the land rush is gone. All “the majors” have purchased institutional-sized positions in the market creating super blocs of contiguous acreage.  This allows for highly efficient execution and a more scalable approach for upstream exploration and production companies.

Companies recognize that they will be operating in the Permian for decades to come. As shown in the table below, 48%, approximately half, of all proven reserves in the US are located in the Permian. Half is a big deal when it’s located in one market.

Economically speaking, the market has now moved into the long-run cycle. According to Hart Energy, capital investment by exploration and production companies will top $40 Billion by 2021. Capital intensive projects such as a leading refiner almost doubling their refining capacity in Beaumont is a great example. Five new oil pipelines are set to open in the Permian through 2021, minimizing the gap between production and transport capacity. Capital has been spent and now the marketplace is more competitive because there’s more infrastructure and suppliers. This capital is now out competing for clients in the marketplace.


Cumulatively, this illustrates that the oil and gas industry has matured and stabilized in the Permian Basin. The influx of institutional investment, the consolidation of O&G companies, the technological change benefiting operators—illustrates that the firework boom and bust cycle of past will likely fade to sparklers in the future.

Around 2008, the Permian was being developed by wealthy ranchers and local real estate developers. There were simply not enough industrial buildings and industrial yards to meet the demands of E&Ps, welders, truckers and the like. Demand was high and price did not matter. Now the market has had better than a decade to catch up.


Originally, you had ranchers becoming real estate developers. Perfect example is the Taylor Family with the Pecos Industrial Park and Wolfcamp Yards Industrial Park. Then you had developers that specifically serve the oil and gas industry come to the area. Think ERP, Formation Real Estate, and Lunnen Real Estate Services. Then you had your typical real estate developers that look for under supply. First Keystone, Brigham Development, PetroPlex Properties and Caleb Matott may come to mind. All are now present in the Permian. This means there are more players, more supply and more capital.

This is where I observe the market today: As I sit in the Love's gas station at the incredibly busy corner of I-20 and 285.  Every pump is being used with a queue of trucks and I can see one of the new hotels outside the window.  It’s causing a real estate conundrum for “experienced” investors who only know about the West Texas wildcatters of yesterday. Unlike the wise readers of this article, they have not looked at the supply of oil in the Permian compared to other basins, the billions of dollars invested in land, pipelines and refineries, the changes in technology or observed the consolidation of the industry. What do these changes mean for the commercial real estate industry?

First, risk has changed. The major booms and busts of the past are not going to be the playbook of the future. Even as rig count fluctuates, there will be demand for petroleum products and oilfield services on existing wells, pad sites, frac pits, and water wells. With so much production having occurred and now with a long-run economic phase in motion, demand will continue to grow at above average rates, but with more muted highs and lows.

Second, Permian commercial real estate is in relative balance. For the most part, supply has had time to catch with demand.  But companies are continuing to request buildings from landlords or move from yards to buildings because they realize they’re going to be here. Even despite low WTI prices, they’re going to be here. And as we have observed, most will continue to grow. And, as oil prices fluctuate, more providers and more players will likely come to the Permian because of its stability compared to other basin markets.

Third, risk is being priced differently by long-term investors. Capitalization rates, how we price capital and cash flow risk in real estate, are declining. Why? Because risk has declined. This means that the price of real estate goes up even as rents stay the same.

Fourth, leases are written differently.  In the not so distant past deals were made on a handshake. However, market participants continue to become more knowledgeable in how they structure their deals. This is due, at least in part, to brokers who have come to West Texas to facilitate transactions for landlords, tenants and investors.

Finally, more educated investors, in a balanced market, creates different expectations for real estate. How they purchase it, how long they plan to hold it, and the expected returns all shift. Initial investors operated from a short-term supply mindset. New investors are operating from a long-term mindset.

As risk decreases, and supply and demand continue to be balanced, prices will increase. Real estate values will increase. This is going to be a trend over the next decade. The risk will be oversupply by developers who do not watch market vacancy rates. Well-built, well-located properties with good tenants will command a premium as they do in all mature markets.

Tenanted properties become more valuable than vacant buildings. In the early 2010s, you wanted to own an industrial yard or vacant building because they were so undersupplied. Now there is supply and the key is keeping your tenants and continuing to add tenants as the overall market grows.

On the residential front, housing is continuing to adjust. Temporary to permanent housing will be the trend. Formerly there were almost no hotels, now there are hotels. There will likely be fewer man camps and RV parks and instead more apartments. Single family housing will continue to increase. This will be a slow, but likely trend. Sales volume and sale prices have continued to rise over the last decade.


Wild Card: Utilization of natural gas. Natural gas is one of the byproducts you get when you drill for oil. There’s such a supply of natural gas around the world that drillers cannot get it to market for a profit. Once car manufacturers and other industries begin to utilize this low cost, high supply energy source, it will dramatically strengthen economics in the Permian, as well as every other basin around the world.

Outside of commercial real estate, the labor market is catching up. There is continued employment growth as shown below. As the area continues to expand beyond the oil and gas industry, we’ll see more growth in other sectors such as healthcare, education, professional services—both blue and white-collar services. This will further drive the demand for real estate.


The oil and gas industry in the Permian Basin has matured. The players, the capital, the infrastructure and the technology are in place. The shift from wildcatter boom and bust to disciplined long-term institutional investment provides a different environment for commercial real estate investors. This new environment will foster CRE investment in a similar long-term, disciplined manner pushing the CRE industry to maturity. 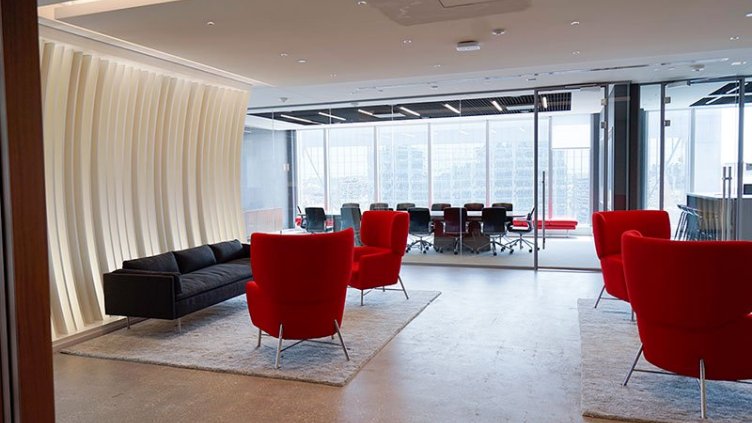 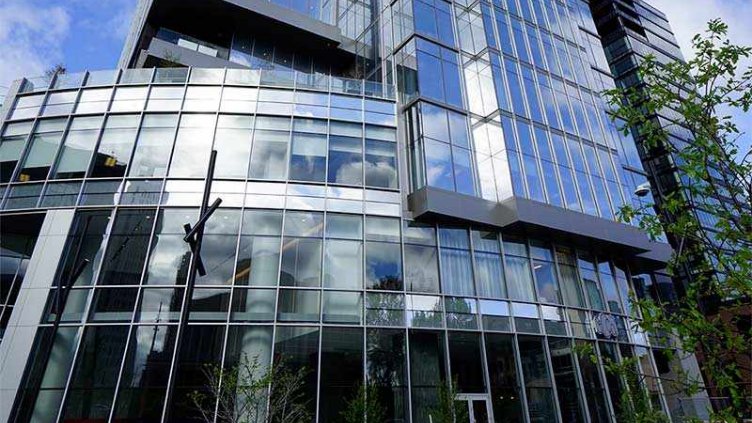 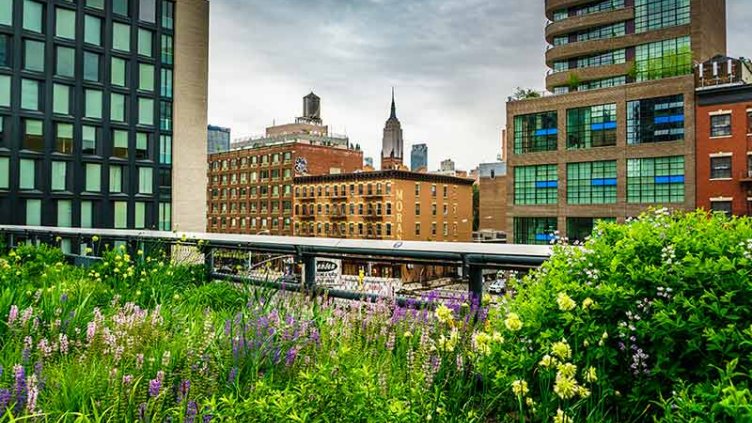