PODCAST— When
will it be safe to go
back in the office?

It’s the question that’s on the mind of nearly every employer and certainly every employee: when will it be safe to return to the office? With the release of the first COVID-19 vaccine in late 2020, many began hoping that we’d all soon begin to venture out into society safely once again. But the vaccine rollout has been disjointed and slow, making it difficult for businesses to assess the true risk to their employees.

With a pledge by the new administration to roll out 100 million vaccinations in its first 100 days, hope is high once again. But there are many factors besides vaccinations that determine whether or not an office is a safe and healthy place to be. One might assume that a law office, with its private spaces for every attorney, would be the best bet. But on the other end of the spectrum—are open office spaces or even call centers high risk? What about “hot desking” where the employee simply finds an open desk to use for the day?

In our latest Building Places podcast, Research Director James Cook talks with Dr. Michael Gao, the CEO of Haven Diagnostics about the variables that will determine whether or not an office can actually achieve herd immunity to become productive for all the people who wish to work there.

James Cook: [00:00:00] The COVID vaccine is still in its first stages of rollout, but companies with office space are already thinking about the future. They want to know when is it going to be safe, to fully open up their offices again? Well, my guest today is an expert at modeling disease risk and he says the answer to that question.

Well, it's complicated. This is building places where we look at the world of commercial real estate through the eyes of the experts that study it every day. My name is James Cook and I research real estate for J L L to answer our questions about what's going to make a workplace safe. We're turning to Dr.

James Cook: [00:01:00] We think about vaccine management. Is that the idea of an employer tracking who and who hasn't been vaccinated and then do employees then get different privileges once they've been vaccinated?

Or how does this work?

Dr. Michael Gao: [00:01:13] I think there's two broad categories. The first is the employer tracking the percentage of their employees who have gotten vaccinated and then trying to make an overall business decision based off of that, the way that we think about it is currently for most companies, zero or very few people have been vaccinated.

You probably intuitively understand that if it's 10% of people vaccinated, your world doesn't look that much different. You probably also intuitively understand that you don't have to wait until every last individual is vaccinated to begin returning to the office. And so what we are trying to help answer is what is in a sense, the company is herd immunity.

So both globally and then individually.

James Cook: [00:02:22] So in this sense, every office spaces, herd immunity is going to be different based on those details. Is that right?

Dr. Michael Gao: [00:02:30] That's right. There's no one set herd immunity number for the virus, but the way I would think about it is herd immunity. As a concept is very different.

If everybody is talking to everybody, versus if people are having a few connections at a time, if you have a string of Christmas lights and. The old lights were ran in series. If one broke in middle, the, the entire rest of the chain wouldn't light up. So if people's interactions are sort of one at a time and there's one break that stops the buyers.

Conversely, if you have a group of people in a room, they're all talking to each other, as long as one person has it. And one person doesn't, there's a chance for the virus to spread. And so for companies, whether they're a law firm with, you know, mostly private offices and occasional meetings and collaboration that happens in small groups versus whether they're a call center or whether they're a police station where, you know, people are using locker rooms together and having group meetings together, it changes the intrinsic herd immunity of the space that people are working in.

James Cook: [00:03:41] And so are you advocating for employers to track all of this detail in order to keep their employees?

Dr. Michael Gao: [00:03:51] I think there are two broad strategies. There are employers that are content just to wait for everybody to be vaccinated. Conversely, if you want to say, I want to open earlier. But at a time where it's still low risk for my employees and where it's still safer, it is important to be able to think about these things and to have a framework for understanding your herd immunity special and understanding your risk based off of what we've modeled.

What you don't have to do as a company is you don't have to give, you know, ankle trackers to all your employees and figure out where every person is every single minute. Generally understanding your meeting policies, your break room policies and the functions of your employees, whether they're mostly salespeople, most of the accountants and so on and so forth will of course combined with your layout and your local geography will be enough to provide this level of insight.

Dr. Michael Gao: [00:05:00] private office are very low risk, right? The converse that all open spaces are high risk is also not true with open spaces. There's many different factors. There's of course the density of the open space. But then there's also whether people are sitting directly facing each other, whether it's a call center employee, who's on the phone the entire time, releasing aerosols and droplets into the air.

And I think most people have heard this by now that aerosol and droplet transmission really is the predominant pathway. With shared offices and shared desks achieving significantly lower density, but having people hot desks into spaces, even the hot desk, he may feel a little bit itchy is actually a very low risk way to approach the office environment.

James Cook: [00:05:56] Hot desking means I'm jumping into an desk. That's not a hundred percent assigned to just me. You know, I don't have control over the space or it doesn't feel as safe to me, but you're saying that's actually not the case.

Dr. Michael Gao: [00:06:07] The difference in risk is negligible. Another way to think about this is that for those of us who have gone to a restaurant, the amount of risk incurred, because you sat down in a seat, somebody sat in earlier is almost a measurable.

The amount of risk in a restaurant that comes from sitting across from somebody and having a conversation. That's what really drives that environment's risk. And so in an office setting, if you sit in a chair that was occupied the day before, it's really negligible, but being able to spread out more as a result of hot-desking is much more important for decreasing COVID transmission.

James Cook: [00:06:50] I want to go back to something you mentioned earlier, which was the local area risk. Is this for example saying, Oh, we're in the suburbs or, Oh, we're in the CBD. Is there different risk levels associated with those

From zip code. And so the area the company is in or more specifically, the area that their employees are driving into work from defines what a company's baseline risk is. And the bad news I suppose, is if you're a company whose workers come primarily from higher risk zip codes, then that's something that's going to make it harder for you to create a low risk environment.

The converse is if you're a company who employees come from lower risks because of codes, it'll actually be a little bit easier. Your risk will be lower than the County that you reside in. Overall. It

Dr. Michael Gao: [00:08:20] And then the mask comes off. How does all that? What would be hard to do is to have a thousand different policies, you know, one for, for every new day in the office. So we wouldn't suggest doing something that granular. But at a high level, it would be now your office is low risk for I'm making this up 25%, 30% of your employees.

Usually between the people who are a little bit tired of working from home, you know, people who just want to go in the office once every few days, that pool of volunteers will be, will be extended. And then from there you increase the number of people or you decrease the restrictions. So if we're sitting much more closely together, if we're sitting shoulder to shoulder, then of course.

It's important for both of us to be wearing face masks. If we're sitting across the room from each other, it's much less important. What I would say is the first step is often peeling back policies that are psychologically comforting, but probably don't have a huge effect. So one way arrows and hallways, as an example, psychologically comforting, you know, given what we know about aerosol release, probably not a huge effect.

But once the risk is low enough, there are ways to begin to do that safely overall. And then the very last step is both meeting with people. But without any of the encumbrances in place, you know, one-on-one meetings without face masks, shaking hands. And of course that last step is what we all want to get to the fastest, but requires the highest rates of vaccination and the lowest rates of COVID in the community.

James Cook: [00:10:23] What do you think is a rate of vaccination that would be required for that, for that final phase? So

Dr. Michael Gao: [00:10:30] at the societal level, that final phase, we're probably looking at around a 75 to 80% vaccination rate before we've truly reached herd immunity. And that, to be honest, may or may not be achievable, only time will tell.

But going back to that earlier point, James, as you recall. What that percentage is not just society wide, but for your office depends on that office layout and depends on what normal life looks like in that office setting. So offices that are very deeply networked where people are. Talking to each other all the time where there's lots of group meetings and group work are going to be potentially even higher than 75 to 80%.

Maybe you're looking at 85, 90% conversy offices, which are maybe more individual work focused. Where it's small teams of people, executing projects within their team are going to be potentially significantly lower, maybe 55 or 60% vaccination will be good enough for overall immunity. I'm

James Cook: [00:11:47] looking forward to a near term future where I can get back into the office and have lunch meetings with my coworkers.

James Cook: [00:12:03] Cool. Thank you so much. This has just been a real fascinating conversation. So I really,

James Cook: [00:12:10] My conversation with Dr. Gal, you should probably be a subscriber to building places. You can find us in the iPhone podcast app on Spotify or wherever it is you get your podcasts or you can stream us online@buildingplaces.show.

Go to JLL.com to find the latest and greatest research and insights about the world of commercial real estate, both in the United States and around the world. 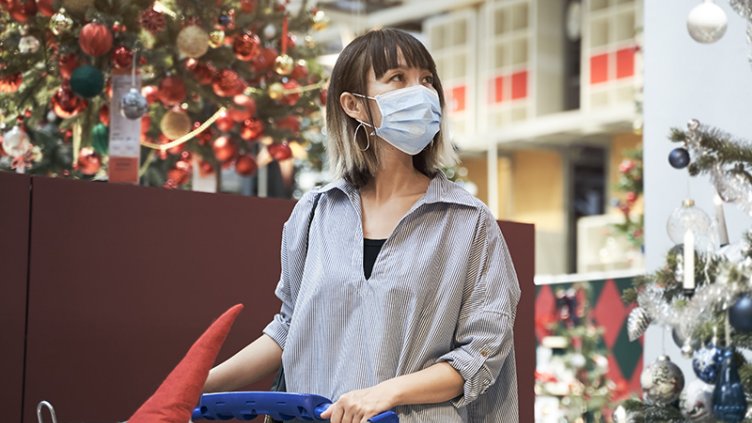 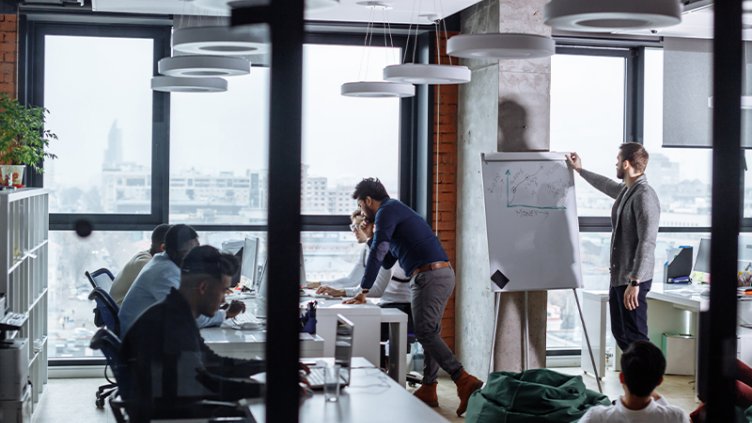 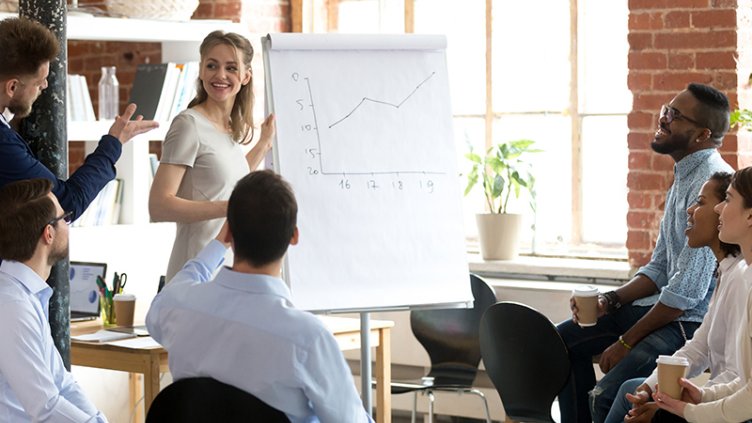 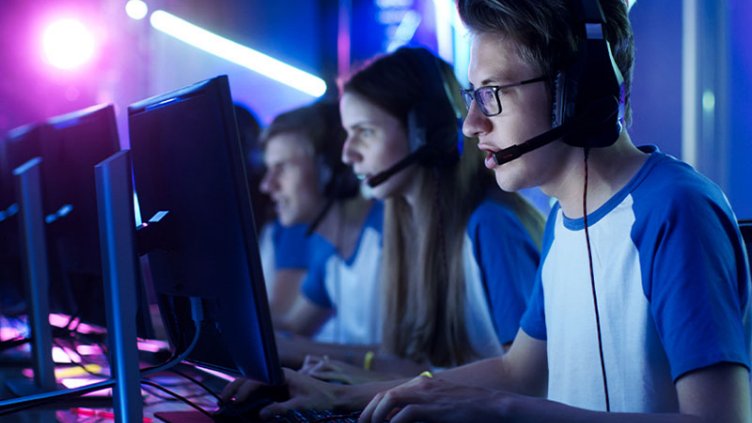