Since 2005, CREW Network has conducted annual studies to benchmark how far diversity and equity have progressed in the commercial real estate industry. The results from the 2020 study show a widening pay gap between men and women. On average, women make 90 cents for every dollar a man earns in the industry. For Black, Asian and Hispanic/Latinx women, the salary gap is wider. Black women make 85 cents, Asian women make 86 cents, and Hispanic/Latinx women make 80 cents for every dollar that men earn.

With many young women in commercial real estate looking for their next move in 10 years, CREW leaders say fundamental processes and policies need to be addressed in order to ensure a fair chance for everyone to succeed. Systematic change must start at the top and be genuinely embraced for the holistic adoption of equality.

In this podcast, James Cook discusses key takeaways on how companies can cultivate diversity and equity with Wendy Mann, CEO of CREW, and Susan Hill, a Senior Managing Director with JLL Capital Markets. James and Wendy review findings from CREW’s recent survey and how companies can lead with intention and through example. Susan Hill recounts her 30-year journey through the male-dominated industry and explains how mentorship became one of the cornerstones to her career success.

James Cook: [00:00:00] Let's face it. The commercial real estate industry is not as diverse as it could be. There's fewer women than men, women, and black and indigenous and people of color all earned less money than white men in the same roles. And there are very few of them in the C suite. So how can the industry improve?

[00:00:21] This is building places where we look at the world of commercial real estate through the eyes of the experts that study it every day. My name is James Cook and I research real estate for J L L today. I'm talking with Wendy man. She's the CEO of crew

[00:00:54] Wendy Mann: [00:00:54] Crew network started in 2005, 15 years ago. We felt like for us to advocate for women and try to advance women, we needed to benchmark and understand where we were so that we could benchmark the progress of women.

[00:01:21] Wendy Mann: [00:01:21] When people ask me what surprised us about the study this year? I can tell you that salary gap was one of the primary things and that's because when you take all of the professional salary bonus commission, we actually have lost ground since 2015, the gap has widened by 11%.

[00:01:37] So the overall gap now is actually 34%. That increase is really. Disturbing now to me, this is the real call to action, right? It's we're, we're benchmarking progress. And now we have to say, Oh, there's no progress. We've gone backwards. So it's really a wake up call for executives as well to say, are we doing our due diligence in terms of pay parody and pay tests within the organization to see?

[00:02:03] And then the other component of that is just on bonuses, commissions. The gap for women is 56%. So there's such disparity. And so when, when you ask, well, why is that? We think that there's bias, present you don't bias in hiring practices, or we think that they're are probably discrepancies in the access.

[00:02:21] Women have to projects and deals getting access equal opportunity to the same deals and the level of deals, the biggest deals. And are they being included? One of the other major issues that we have now that we didn't have five years ago is that we have always documented entry-level that young men and women come into the profession equal.

[00:02:41] They typically have started at the same salary. What's happened this study since 2015, is that there's a 9% difference now, right? So men are making 9% more than women coming into the industry and we will never make up that gap. It would just get wider and wider.

[00:03:03] Wendy Mann: [00:03:03] You know, it's not a, here's the checklist and you can fix this. Right. It's you know, if it were that easy, we'd all be doing it. There are some fundamental things that need to be in place. Number one is it's. Everything starts at the top. You know, one of my favorite phrases that I learned from one of my CEOs was the fish rots from the head down.

[00:03:21] I'll never forget. My boss goes, Wendy fish rots from the head down. So it has to start at the top. Cause if it's not at the top, nobody underneath is going to feel compelled in any way to support a DEI focused, aggressive embracing of this thought and philosophy of we need to diversify needs so good for your companies.

[00:03:40] So I think that's number one. Number two is that every company should be doing an honest assessment of where there's bias or disparity within the pay scale, within the opportunities within the structure of governance within the organization. You know, it's, it's that systemic things that have been around for a long time and listen.

[00:03:56] This is a predominantly older white man business. We know that, but guess what? In 10 years, a lot of young women are going to be going where's my next move. And so we need to be preparing that in terms of culture, we need to not just change, you know, tweak, PayScale, or tweak a hiring practice. You need to systemically look throughout the company of where you need to change processes policies to set it up so that everyone, but he has a fair chance to succeed and be equal.

[00:04:21] Another thing that we say is, do pay parody tests, not randomly, but regularly, you know, do that test, but keep doing it so that you make sure you're not getting off course. Fourth is. Recruit with intentionality. You have to say every position we recruit for, we're going to have X number of diverse candidates in the pool and then hire them too.

[00:05:06] And so we're still seeing, even at that level, that women are not in a. A parody situation with other counterparts.

[00:05:31] I believe it's 43% of men aspire to the C suite. And I think it is now 3100% of women. But one of the things this study found was that the women who do aspire to, to the C suite are under 40. And I think that's, again, generationally seen a very different perspective because you have women over 40 and I'll say it this way, who have been beaten down and they've been left out and they.

[00:05:54] They fought the battles and they've lost and lost and lost and all, they've just throw their hands up and go. I can't win, but there's a younger generation coming up who goes, do you know what I'm in charge of my wealth. I'm in charge of my business. I can go in there and be anything I want to be. And I think we're going to see that shift and that change in this younger generation.

[00:06:19] James Cook: [00:06:19] I also wanted to talk with Susan Hill. Susan's a senior managing director with capital markets at JLL. I wanted to hear what her experiences and observations have been in a commercial real estate career that spanned more than 30 years.

[00:06:47] Susan Hill: [00:06:47] I like to tell people that I took the stairs, not the elevator to where I am today because when I started in commercial real estate, I didn't even know what commercial real say was, but of course that was back in 1987 in Houston.

[00:07:01] At the time we were having a little bit of a perfect storm in that it was an energy crisis and we had the savings and loans crisis all at the same time. I graduated from college in 86. I was a single mother. I needed a job. And I started out as a receptionist. I really enjoyed the people that I was working with.

[00:07:20] Anytime there was something to do. I wanted to learn how to do it and, and really add value to the team. So when there was an opportunity to grow, I was able to take that opportunity.

[00:07:37] Susan Hill: [00:07:37] Probably the most important person was Mark Gibson and he really spent a lot of time with me teaching me, giving me the opportunity to grow into an analyst position.

[00:07:48] And then I probably have honestly have been in every position. There was. And then ultimately became a, a producer, but without his support and backing, I would definitely not be where I am today. I had a very slow path getting to commission to a commission based position. I'm on the debt and equity side.

[00:08:07] We tend to not work on teams. And so I think that that's a little bit harder because you do have to go out there and then get on your own. We tell the younger producers and when they're ready to go for it, probably it takes two years before you start. Really developing a book of business and making probably what you were making as an Ana.

[00:08:33] Susan Hill: [00:08:33] has been one of the carceral state organizations that I have been most involved in? And really honestly did not know that many women in commercial real estate. When I joined, they invited me to be a board member and that was a wonderful experience.

[00:08:49] It really taught me how to work at an organization and lead in a strategic manner. I got involved with crew network, the overall organization, and started sending events. And then I went on to be. Part of the crew network board. And then seven years ago, I was president of the entire organization. And that was a tremendous experience learning how to lead a organization of over 12,000 individuals.

[00:09:37] James Cook: [00:09:37] Chances are, if you're listening to this podcast and you probably already think that an equal workplace is a good thing, that it's good for business that it's just playing fair, but saying you support a cause and doing something about it. Those are two very different things. So if you, you manage people in any workplace, my key takeaways from my conversation with Wendy, man, we have crew diversity has to be a priority for you as a leader.

[00:10:06] And as a good leader, you already know you can't manage what you don't measure. So conduct regular is everyone getting equal pay for equal work? If they aren't. You're going to have to make some changes. And finally, you've got to recruit with intentionality. So you're saying from the outset, we're going to push to have a certain percentage of diverse candidates in every hiring pool.

[00:10:33] And you know, that's extra work, but nobody ever said this is going to be easy. Let's work to a time when there's a lot more women like Susan Hill in commercial real estate, specifically 50.8%. That's the percent of women in the U S. As a whole, I'm a researcher. I can't help, but look, these things up. If you like this podcast, I would love it.

[00:10:54] If you told a friend about it, tell them they can subscribe to building places on the iPhone podcast app in Spotify or wherever they listen to podcasts or go online to stream building places@buildingplaces.show. If you've got a comment on today's episode or a topic you'd like for us to tackle in a future episode, you can tell us all about it by leaving a message on the podcast hotline and a Hey, who knows? 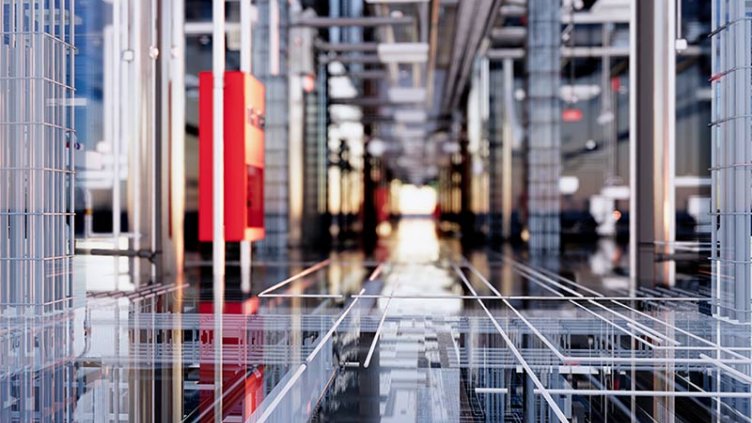 Transform with technology: Shaping the future of real estate 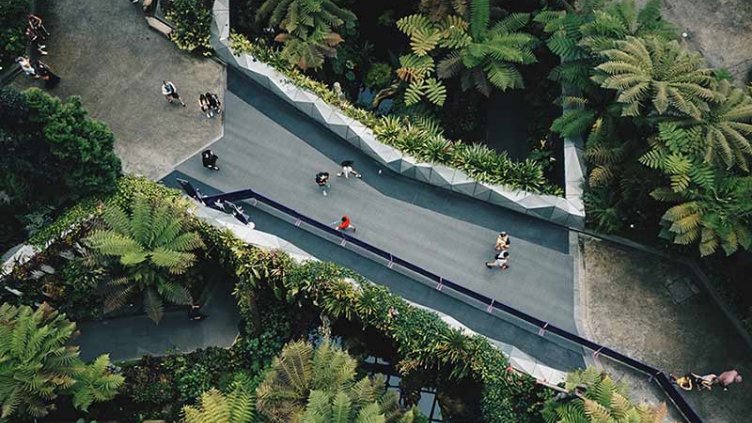 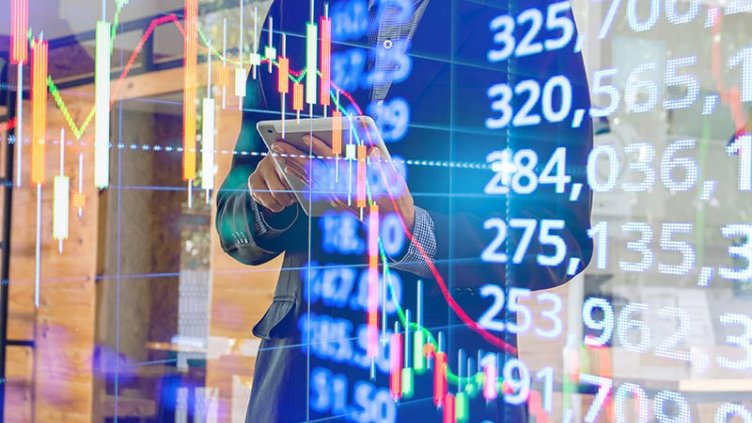 Transform with technology: Acquisitions and dispositions 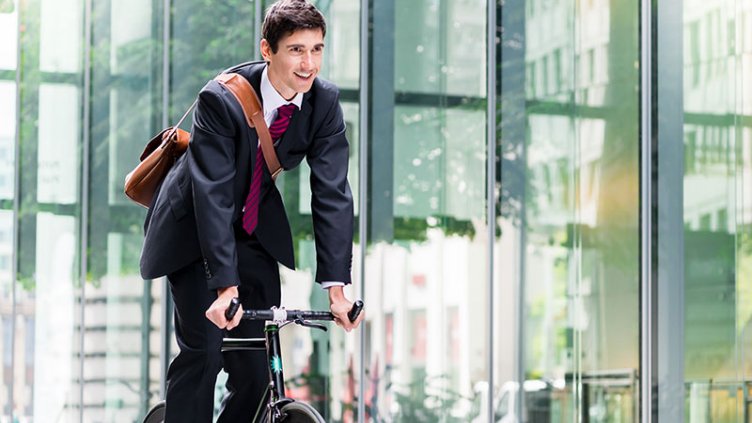