Could funding for roads, bridges and even highspeed broadband boost the fortunes of those in commercial real estate?

“… (the American Jobs Plan) aims to improve aspects of infrastructure vital to the performance of the economy including roads, bridges, tunnels, ports, rail, airports, water systems, the electrical grid and highspeed broadband.”

The decrepit state of U.S. infrastructure creates numerous problems for the economy. While most everyone agrees on the sorry condition of U.S. infrastructure and the dire need to improve it, progress toward a solution gets bogged down in internecine fighting over which specific projects to pursue, how to fund improvements, etc. Last week President Biden unveiled his American Jobs Plan (AJP) to address infrastructure. The broad AJP addresses many things, including some that fall outside of the conventional understanding of infrastructure. But it pointedly aims to improve aspects of infrastructure vital to the performance of the economy including roads, bridges, tunnels, ports, rail, airports, water systems, the electrical grid and highspeed broadband. Less conventionally, it also aims to improve the quality of buildings (including commercial real estate), upgrade the U.S. supply chain, invest in research and development and provide job training for workers.

In a fundamental way, the economy is motion. For a modern economy to function properly, people, goods, and information must flow efficiently. Workers saddled with onerous commutes waste time – in traffic, stuck on trains and subways - that could get spent more productively. Business travelers contending with cancelled or delayed flights not only waste time but often miss out on opportunities. The longer it takes goods to get to their destination, be that someone’s home or a retail facility, the more time gets wasted and the more sales lost. And the COVID-19 pandemic clearly exposed the vital importance of the electrical grid and high-speed internet access. Without the timely and efficient flow of information, modern economies simply do not function.

From an economics point of view, improving infrastrucure provides current benefits and future benefits. On a current basis, infrastructure improvements grow the economy – more inputs (e.g. labor, capital, natural resources) get converted into more outputs (e.g. bridges, tunnels, modern electrical grids). With millions of people remaining out of work relative to peak and capacity utilization at low levels, infrastructure spending could put idle resources to work right away. While all the money will not get spent immediately, the funds that are spent should produce immediate benefits to the economy.

“An aging and inefficient infrastructure restricts movement in the economy and limits productivity growth and consequently economic growth and standards of living. But world-class infrastructure would make the U.S. economy stronger, more efficient and more resilient.”

As always, the thorny issue of paying for the $2.3 trillion plan must get resolved. And this is where almost all previous infrastructure overhauls stall. Policymakers seldom agree on the sources of funding – not just federally, but also at the state and local levels. Governments beneath the national level typically run infrastructure projects – no national “Department of Infrastructure” exists. Yet coordination between federal and local levels, especially regarding financing, proves vital to the success or failure of potential projects. Major infrastructure projects almost always require support from the federal government because local governments often lack the financial resources required to fund such grand projects. The AJP intends to fund the investments via tax increases, primarily on businesses. What about potential drags on economic growth? Some research shows that marginal corporate tax increases tend to produce less economic drag than other potential tax increases such as income tax increases. And even if we assume that the net increase in spending gets offset by the increase in corporate tax revenue, it will likely produce a net gain to the economy for two key reasons. First, spending the marginal tax revenue on projects would immediately put the money to work in the economy whereas marginally higher corporate earnings might get used in ways that derive less benefit for the economy. Second, improved productivity lasts for long periods of time. Moreover, the older infrastructure gets, the more expensive it will become over time to make improvements. While we assiduously avoid making or endorsing policy recommendations, we reiterate the imperative need for infrastructure improvement.

While Congress looks to pass the AJP in the coming months, the labor market is not waiting for legislation. During March the labor market created 916,000 net new jobs, the largest increase since August 2020. Figures from January and February got revised upward. The unemployment rate declined to 6% while the participation rate slightly increased. As a sign of the shifting composition in the labor market, average hourly earnings declined slightly, reflecting the return of lower-wage jobs, particularly in leisure and hospitality. But gains occurred broadly, including in construction and office-using employment.

|  What else happened last week  |

Data from March continues to reflect our thesis that March represents somewhat of a turning point in the economy between weakness in February and stronger growth in the second quarter. Consumer confidence in March increased by the largest amount since April 2003, driven by consumers evaluation of the current situation. The ISM Manufacturing Index increased to its highest level since 1983. Manufacturing continues to fare better than services due to the specific impacts a pandemic imposes on services industries which typically require frequent interpersonal actions.

“…specific allowances in the bill for the improvement of physical structures should help older assets better compete by providing a subsidy to them for capital improvements that might otherwise get deferred or simply not occur.”

Events of last week should lift the fortunes of commercial real estate (CRE). Motion proves vital for CRE. The more efficiently people, goods and data get moved, the better CRE fares. In a post-COVID world replete with better technology to enable work-from-home, online shopping, and digital meetings, efficient movement in the economy only helps people return to offices, retail centers, and hotels. Plus, specific allowances in the bill for the improvement of physical structures should help older assets better compete by providing a subsidy to them for capital improvements that might otherwise get deferred or simply not occur. A rapidly rebounding labor market only bodes well for CRE, especially one creating many jobs that develop or enhance nonresidential structures, typically work in an office, or provide personal services to people.

According to Pew Research Center, the global middle class shrank by 54 million people in 2020. 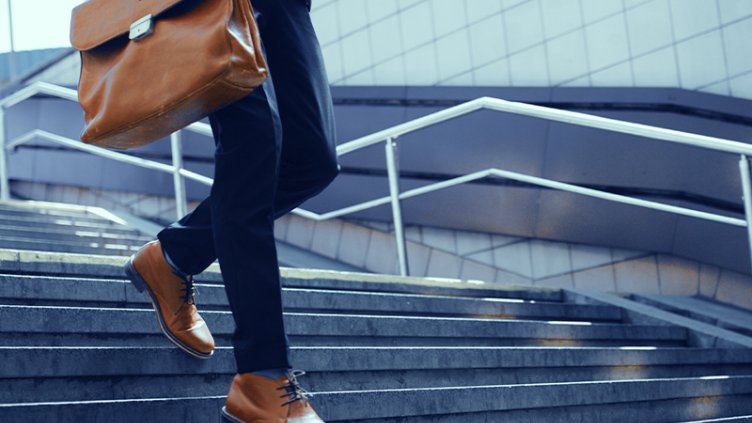