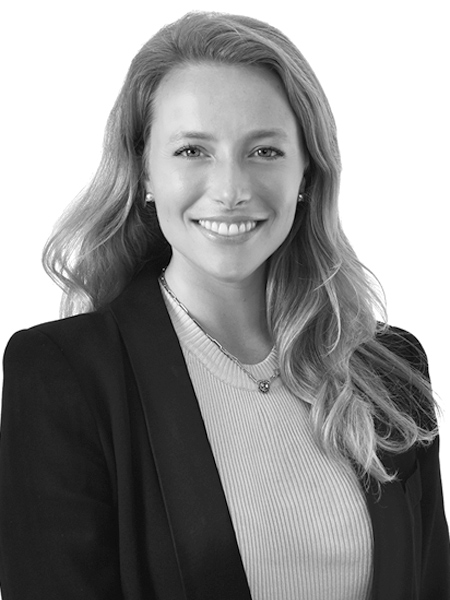 Sarah Hancock is based in JLL’s Downtown LA office, joining JLL in 2021. Sarah offers a well-rounded background in hospitality and sales coming to JLL from Convene, a Flex office and Meeting & Event company, where she transacted over $3M dollars in revenue in her first year and a half as an Account Manager. Sarah works closely with brokers Jaclyn Ward, Josh Wrobel & Peter Hajimihalis, who represent over $13M square feet and have transacted over $2B in signed leases dollars in revenue. They cover a range of product-type in Los Angeles throughout the Westside, Tri-Cities, Mid City, CBD, Arts District and Lower Westside.

Sarah attended the University of Richmond where she received a Bachelor of Science in Communications and Psychology. With initial career sights set on becoming a restauranteur, following college she attended the International Culinary School in NYC, and worked at the Michelin starred, institutional NYC restaurant, Gramercy Tavern. Sarah is a Pasadena native and currently resides in Santa Monica.