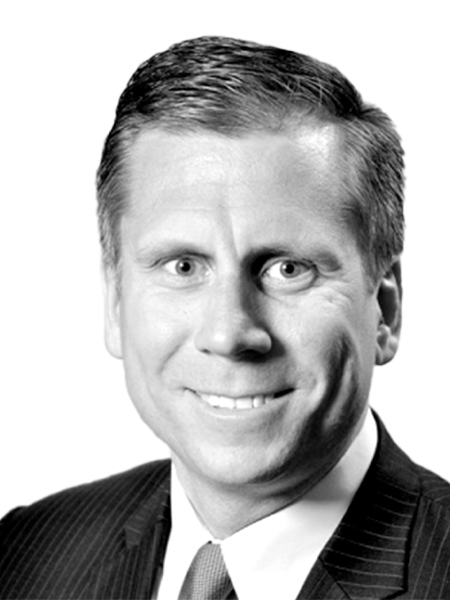 Experience
Kevin joined the firm in June, 1992. In his 22 years with JLL, he has led a variety of strategic initiatives, starting with his co-founding in 1999 of JLL’s government specialty to provide real estate strategy, planning and execution services to public sector clients worldwide. These services span public-private partnership transactions, development underwriting, transaction financing, acquisitions/dispositions, leasing and portfolio management.

He co-led strategic planning and innovative execution services for one of the nation’s most successful public-private partnership programs – the U. S. Department of Defense Housing Privatization Initiative for both the U.S Army and U.S. Air Force encompassing over 104,000 homes and $16.2B in capital investment on 66 military installations.

Additionally, in 2005, Kevin pioneered the firm’s services to the U. S. General Services Administration where JLL continues to serve as a National Broker, occupancy advisor and transactions specialist  -- a team which has averaged over 147 lease executions encompassing more than $706M in transaction value annually.

Kevin has led development and transaction teams that have served over 200 public-sector clients across the United States, many under innovative, multiple-year, partnering-based contracts. Mr. Wayer has also overseen similar client services in Korea, Canada and Australia.

In addition to representing the public sector, Kevin has led businesses and engagement teams that provide strategic real estate advice and transactions expertise to a multitude of Corporate, Investor, Professional Sport Teams and Not-for-Profit clients.

Education
Kevin earned an M.B.A. (Finance) from DePaul University and a B.S. (Accounting) from the University of Illinois.

He passed the State of Illinois Certified Public Accountant exam.

Affiliations
Kevin is a Senior Representative to the Association of Defense Communities, focused on development issues for local military communities.

He currently serves as the Vice Chair on the Public Development and Infrastructure Council for the Urban Land Institute (ULI). He has also served on the Public-Private Partnership (Blue) Council and has participated on ULI Advisory Panels.

Kevin has been featured as a speaker and contributing source to Public-Private Partnership forums focused on housing, mixed-use and historic redevelopment issues.