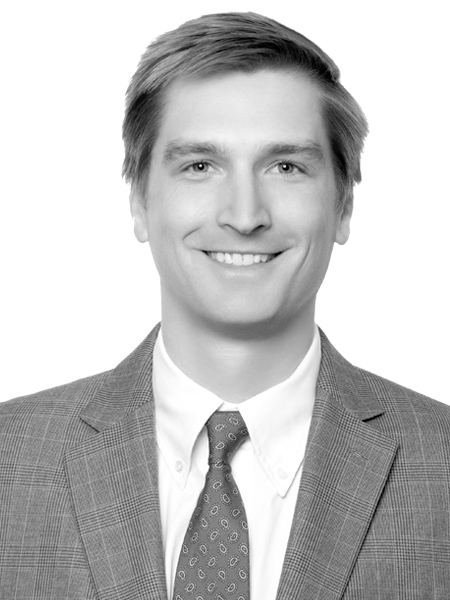 Current responsibilities
Jay Hill is part of the Charlotte Industrial brokerage team where he specializes in servicing both tenants and landlords in the leasing, purchasing, and selling of industrial facilities across the market.

Experience
Jay started his JLL career within PDS as a Project Manager on the Bank of America Account leading interior upfit and renovation projects.

Prior to working at JLL, Jay served 3 years in the U.S. Army as a Transportation and Logistics Officer, managing numerous complex supply chains. While deployed to Syria and Iraq, Jay led a platoon disbursed between several forward arming and re-fuel points providing support to a rotary wing task force. In March 2019, Jay was attached to a Joint Special Forces Task Force in the Middle Euphrates River Valley, where the Global Coalition defeated the ISIS territorial caliphate. As the Director of Transportation for his Battalion, he earned recognition from the Fort Riley Transportation Office as the best mobility performance in the Division. Also, Jay earned the Army Commendation Metal with Combat Distinction and the Iraq Campaign Metal. His military experience has prepared him to execute numerous tasks simultaneously, effectively communicate, lead from the front, and be attentive to detail.

Education and affiliations
Jay graduated from the Virginia Military Institute in 2016 where he served as the Co-Captain of the NCAA lacrosse team. He is an active participant of Veteran’s Bridge Home and holds a North Carolina and South Carolina Real Estate License.