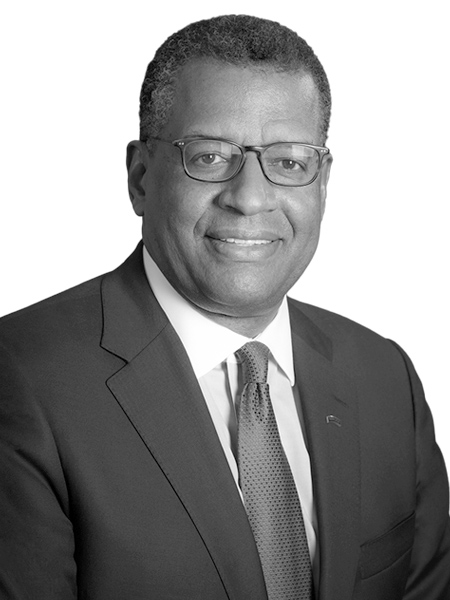 Herman Bulls is Vice Chairman, Americas, as well as an International Director and the founder of JLL's highly acclaimed Public Institutions Business Unit, which specializes in delivering comprehensive real estate solutions to federal, state and local governments, economic development & nonprofit organizations and higher education institutions.  He works with the firm's largest public and corporate clients to devise and implement integrated real estate strategies to lower occupancy costs and increase productivity. During over 29 years at JLL, Mr. Bulls has worked in the areas of development, investment management, asset management, facilities operations and business development/retention.  He has developed relationships with many of the firms leading public and corporate clients. He provides thought leadership and strategic guidance to senior level executives for real estate issues. Mr. Bulls has also served as an expert witness on real estate matters in court as well as testified before Congressional committees on real estate issues.

Prior to joining JLL, Mr. Bulls completed almost 12 years of active duty service with the United States Army. His last active duty assignments were working in the Office of the Assistant Secretary of the Army for Financial Management at the Pentagon and as an Assistant Professor of Economics and Finance at West Point. He has completed the Army's Airborne, Ranger and Command and General Staff College courses and served overseas in the Republic of Korea.  He retired as a Colonel in the U.S. Army Reserves in 2008.

Mr. Bulls received a BS degree in engineering from the United States Military Academy at West Point and an MBA in finance from Harvard Business School. He is a member of the Executive Leadership Council. An organization of senior African American business executives from Fortune 500 companies, and former Chairman of the Executive Leadership Foundation, Mr. Bulls is a long-standing member of Leadership Washington and the Real Estate Executive Council (REEC).  Mr. Bulls is a founding member and served as the inaugural President of the African American Real Estate Professionals (AAREP) of Washington, D.C. and serves on the University Development Council of the Urban Land Institute (ULI).

Mr. Bulls serves on several public, private and not for profit boards.  Corporate board activities include Comfort Systems, USA (NYSE:FIX) a national HVAC mechanical contractor, and USAA, a Fortune 200 firm which is the leading provider of banking, insurance and investment management services to military members and their families. Additionally he is a member of the Real Estate Advisory Committee for New York State Teachers' Retirement System, one of the nation's largest pension funds and Rasmussen College, a private for profit post-secondary educational services technology company. In 2016 Mr. Bulls was named to the American Red Cross National Board of Governors, the non–profit organization that prevents and alleviates human suffering in the face of emergencies by mobilizing the power of volunteers and the generosity of donors.

Under the Obama administration Mr. Bulls was selected by the Secretary of Veteran Affairs to serve as a member of the MyVA Advisory Committee, whose mission was to advise the Secretary on the modernization of VA's culture, processes, and capabilities in order to put the needs, expectations, and interests of Veterans and beneficiaries first. Mr. Bulls is a board member of the West Point Association of Graduates where he previously served as Vice Chairman, the Board of Directors of the Thayer Leader Development Group, and the Military Bowl, an NCAA sanctioned football bowl game played in the nation's capital each December. Mr. Bulls' community board service has included the Friends and Family Board for the John F. Kennedy Center for the Performing Arts, and he served as former Chairman of the Fannie Mae National Housing Advisory Council.