How should office managers and property owners address the challenges facing employees who take public transportation to work?

In cities like New York, San Francisco, Toronto, Chicago and Boston, where many commuters rely on public transportation, questions remain as to how workers will get safely back to work post-COVID.

For the past decade, transit-oriented developments have been all the rage. In fact, nearly a third of North America’s entire office inventory is concentrated in a dozen transit-oriented markets. But a recent JLL survey shows that commuting via public transit is now the top concern among U.S. office employees when it comes to the re-entry.

If those employees are now considering alternative forms of transportation, such as their own vehicles, how will that affect commute times? Is there enough parking to accommodate those cars? And how much more expensive will that be for commuters?

James Cook talks to Christian Beaudoin and Julia Georgules about their latest report that addresses these transportation challenges, which cities will be most affected, and the ways in which office managers and property owners might address them.

[00:00:24] This is building places where we look at the world of commercial real estate through the eyes of the experts that study it every day. My name is James Cook. I research real estate for J L L today I'm calling up two researchers that have dug into this question of public transportation and a post world.

[00:01:07] About a day of the week. I'll bike in, do a lot of office workers, use public transportation. Absolutely. A significant number of employees take public transportation, especially in our largest market. Julia, you live outside of Boston or before all this hit, were you taking the commuter rail into work every day?

[00:01:27] Yep. Similar to Christian, I also wrote the commuter rail and to South station, which is Boston biggest transit hub. Public transportation really became a spotlight topic over the past 10 years with regard to urbanization and, and you know, there was a great trend toward transit oriented development. So, you know, it's been top of mind for real estate developers.

[00:01:55] So would you say that developers of office and mixed use and cities have become more reliant on public transportation, less parking, and more transportation access? That's exactly what's happened over the last decade, and that public transit usage has increased and also ride sharing has increased such that parking spaces have been decreased, and there have been several regions which have allowed zoning changes to allow reduction in parking ratios.

[00:02:21] There's actually over a billion square feet of office space that is highly served by public transit. So 25% of the entire office inventory in the United States is concentrated in seven transit oriented markets, New York, Chicago, Washington, DC, San Francisco, Boston, Seattle, and Philadelphia. Are, are people going to be able to return to using transit or are they going to be opting to take their cars to work?

[00:02:48] Now, the short term is going to be challenging for people to return to work in a way that they did previously just because of social distancing and perceived safety. Metro transit authorities are aware of this, and I've seen their revenues drop significantly. The Massachusetts Bay transit authority here is planning to spend a million dollars a week on sanitizing the trains and buses and subway cars as well as the station, and also providing PPE for all the people that work at the stations and on the various.

[00:03:24] Wines, but as cities and States start to reopen, most of the office using employment will be subject to occupancy caps for Massachusetts. That guidance was just released last week that we, in phase one had a occupancy cap of just 25% so some of the challenges and risks of taking public transportation will be reduced because of those social distancing measures that are.

[00:03:53] And being enforced in the workplace, the metropolitan areas that are most reliant on public transportation, you know, those are also the cities where I think of lots of traffic. Does this mean that people are going to not take as much public transportation and that commutes are just going to end up being even longer.

[00:04:11] I do think there's a risk of that. Certainly the beginning. Los Angeles is a market where there are incredibly long commute times, but they're also a fairly large number of people who take public transit every day. If even a percentage of those are forced to drive, it's going to significantly increase trafficking.

[00:04:26] Any amount of an increase in some of these markets like Los Angeles, San Jose, San Francisco, New York will make things pretty. Pretty intolerable. So I think it's going to be a real challenge. Some folks who take public transit don't have the option to drive, either don't have a car or can't afford a car, so it can be a challenge.

[00:04:44] Just in terms of practicality for a lot of people. So this does present opportunities for companies to take a look at where their employees live compared to where their office might be. We conduct a lot of commute analysis. I think that there will be additional studies that take place now that might consider a bifurcated location strategy.

[00:05:08] Maybe it's. To help offset some of the suburban employees that could otherwise drive to work and not need to take public transportation. I think that there will also be some creative solutions that. Companies adopt in the short term for those employees that are clients back into the office. And we've heard of smaller shuttle services we've heard of using ride sharing companies to help get people to and from work safely.

[00:05:36] So I think we'll see some creative options emerge from this. So let's assume that somebody goes to the trouble of analyzing where all of their employees live and they find out, Hey, you know, a lot of people live really far away from our downtown office. Would they lease space in the suburbs that were closer to where people live?

[00:05:57] Yes, that's one option. So we've heard a lot of companies now just beginning the discussions, or at least thinking about the idea. Of work near home locations. A lot of us are all currently working from home, but in, in terms of who should maybe be working near home and a place that's not in your house, not out of your kid's bedroom where I am right now, but in somewhere that's actually more of a formal office where you can focus and get some work done for the day, but you don't have to go through the process of an hour long commute.

[00:06:25] Also, Julia just mentioned, you know, some companies are starting to evaluate the ideas of shuttles and tech companies in the Bay area have pioneered this for over a decade now. With private shuttles that will pick people up from clusters of locations and bring them to the office in a some sort of a controlled manner.

[00:06:41] These are some solutions from the occupier of office space perspective. Let's take a look at the owners of office buildings. What can they do. There are building owners that are not transit oriented, that have taken advantage of shuttle services from train stations and subway stops. Understanding that there has been a great value added to the real estate that is transit oriented and the accessibility that it provides to employees.

[00:07:12] So that's one option. But thinking about the accessibility of the real estate from a different perspective and making streetscapes safer. Trying to find ways to improve alleyways by making them cleaner or safer, providing better lighting to enable those as additional pathways to the office. So, you know, starting to take advantage of some of the alternative modes of transportation that had already started to emerge over the last few years.

[00:07:45] So making sure that people, if they want to ride bikes, have a place to park their bikes or bringing bike share programs to your building. Accommodating bike storage, scooter storage in the building, bike maintenance facilities in locker rooms. That way people can freshen up before heading into the office.

[00:08:05] So Christian, when you're returning to work now in downtown Chicago, you're not expecting to take public transportation right away. It's not going to be my first choice. No. I think as we returned to the office, I will probably start to go in a day or two a week in the beginning. Uh, just to kind of understand the landscape and to check in and see how things are going.

[00:08:25] I might just bike in those days though in the beginning and see how it goes. Ultimately though, I'll have to get back into public transit because driving is just cost prohibitive. It's incredibly expensive. It's an hour drive, whereas it's a very pleasant 20 or 30 minute train ride or even a more pleasant 45 or.

[00:08:42] 15 minute bike ride. Juliet, once you're allowed back in into the office there in Boston, do you expect that you're going to take the rail in or are you going to drive yourself? I won't be taking myself via bike like Christian. I haven't actually decided how the going back into the office. I think it was in 2009 or 2010 there was an H one and one was outbreak.

[00:09:07] Back then I was living in San Francisco and riding the public community bus, and also had concerns about being tightly packed into a bus and had switched to taking the cable car, which is open air and not an option for me here, but you know, eventually I did get back on the bus and my fears largely subsided after that.

[00:09:28] I made the mistake of taking a subway during rush hour when I was in Beijing, China, and there were white glove gentlemen there whose full time job was to push more and more people into the cars so they could increase capacity. And I've never been so jammed up close to so many humans as I was that day, and I just have to imagine that they've probably completely changed all of that since then.

[00:09:57] Um, I think that's changed. That's changed. So guys, for for the, the title of the report is getting their commuting challenges. In a post pandemic world, it's available for download. If folks go to J L l.com and click on the research area, they can find it. It'll be going up this week. Well, thank you guys so much for, uh, for joining me today.

[00:10:23] I really appreciate it. Yeah, and I'm looking forward to a day where, you know, I used to see you guys sometimes in person. I'm looking forward to that again. That was fun. You know, seeing other people that you weren't related to. I know. It's true. Do you have a comment on today's episode, or maybe you've got a question that you'd like for us to tackle on a future episode?

[00:10:44] While you should tell us about it by leaving us a message on our podcast hotline, and we might even use your voice in an upcoming show, give us a call at (602) 633-4061 and be sure to tell us your name and where you're calling from. If you like this podcast, you should tell a friend about it. Let them know they can subscribe to building places on their iPhone podcast app or on Spotify or wherever it is they get their podcasts, or they can find us on the web at building places.

[00:11:20] Dot show. If you're looking for the latest research about commercial real estate, you should visit our website. It's J L l.com. And if you're somebody who's interested in retail real estate, have I got the podcast for you? It's called where we buy. It's a show where we talk with retail experts and we visit the places where we buy. 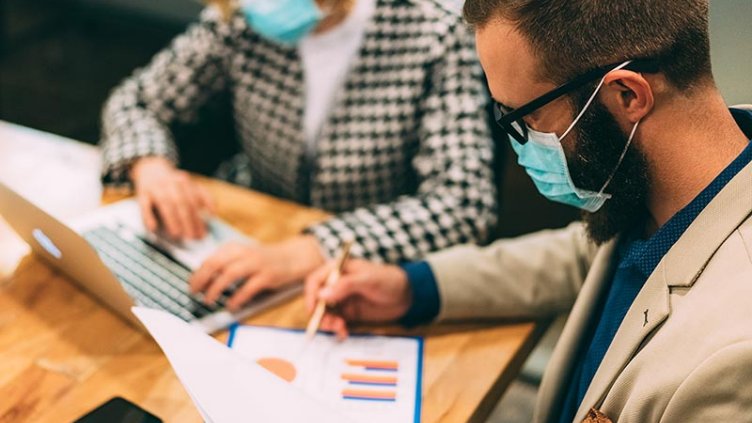 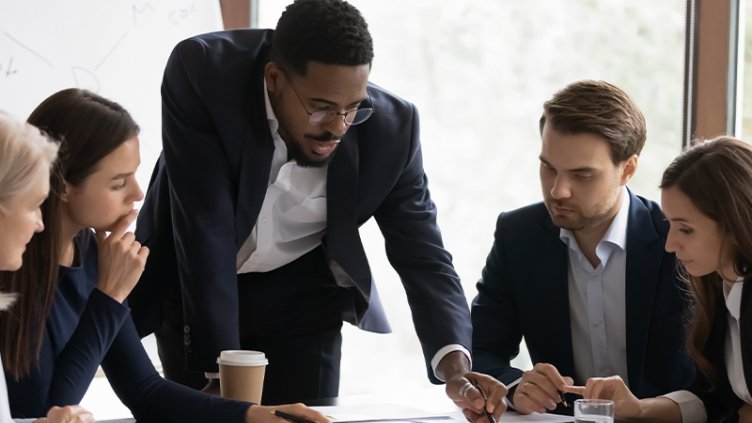 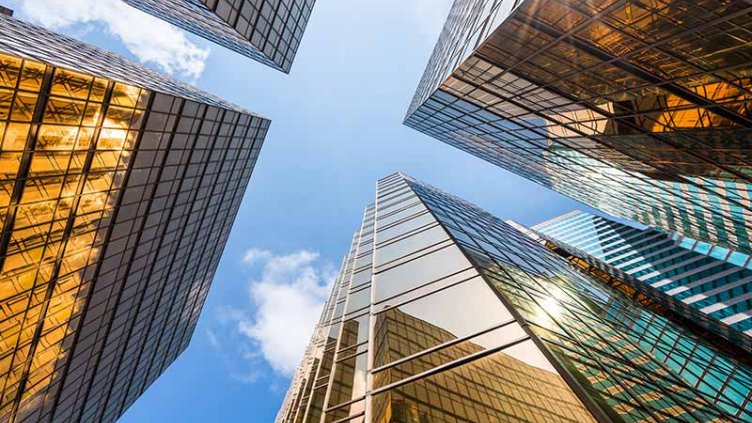 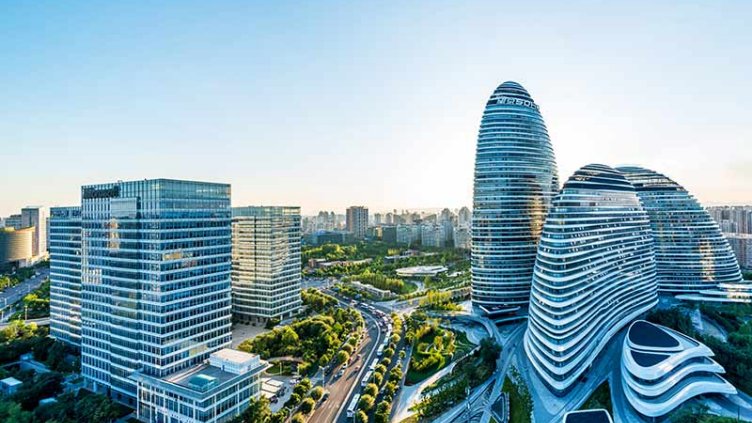