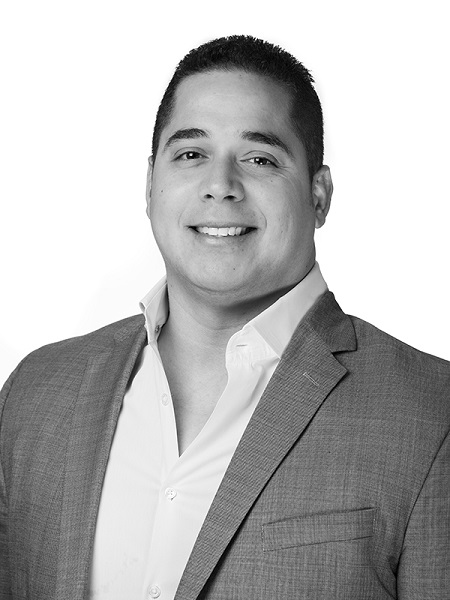 Rafael Romero is responsible for business development, landlord, and tenant representation throughout Florida. He brings over a decade of experience to JLL’s dynamic retail team. Rafael is one of South Florida’s leading placemakers and specializes in creating and executing lease-ups for mixeduse and lifestyle projects. Having worked with some of the most high-profile properties and tenants in South Florida, Rafael has helped shape and implement the vision of several projects by procuring and negotiating lease transactions with multiple award winning chef-driven restaurant concepts, fitness operators, and complementary service providers.

Prior to joining JLL, Rafael was a Senior Vice President of CREC, one of South Florida’s premier boutique commercial real estate brokerages. At CREC, his signature projects included the transformation and revitalization of Downtown Dadeland in East Kendall, which resulted in a $39 million gain on sale in just 4 years, and the reinvention of The Gallery of Beach Place on Fort Lauderdale Beach, where he was able to push occupancy from 60% to 95% in eighteen months. Other notable projects included Plantation Walk, Miller Square Shopping Center, Suniland Shopping Center, Pinecrest Town Center, and Greenery Mall.

Prior to CREC, Rafael worked at Simon Property Group and Terranova Corporation. Throughout his time at both, he leased some of South Florida’s best-known retail projects including Dadeland Mall, and The Shops at Sunset Place, The Falls, and Marlins Park. He has successfully completed transactions with Apple, Estee Lauder, the US Open, The Villagio, Freshii, Mellow Mushroom, Jimmy John’s, REM Riviera, Adore, Aziari and Kara New York, among others. He began his career in real estate as Assistant Property Manager for Icon Brickell Condominium, a $1.3 billion mixed use project developed by the Related Group.

Rafael is a five year veteran of the United States Navy, having served as a command Rescue Swimmer and Navigation Specialist onboard the USS Nashville (LPD-13) during three overseas combat deployments. Mr. Romero received a BA in Liberal Arts from Florida International University. He is a licensed Florida Real Estate Broker, an active member of the International Council of Shopping Centers (ICSC), serves as a volunteer counselor for SCORE, and is a graduate and designee of the Certified Commercial Investment Member (CCIM) program.